By Linda YangSeptember 26, 2018Faces of Blue 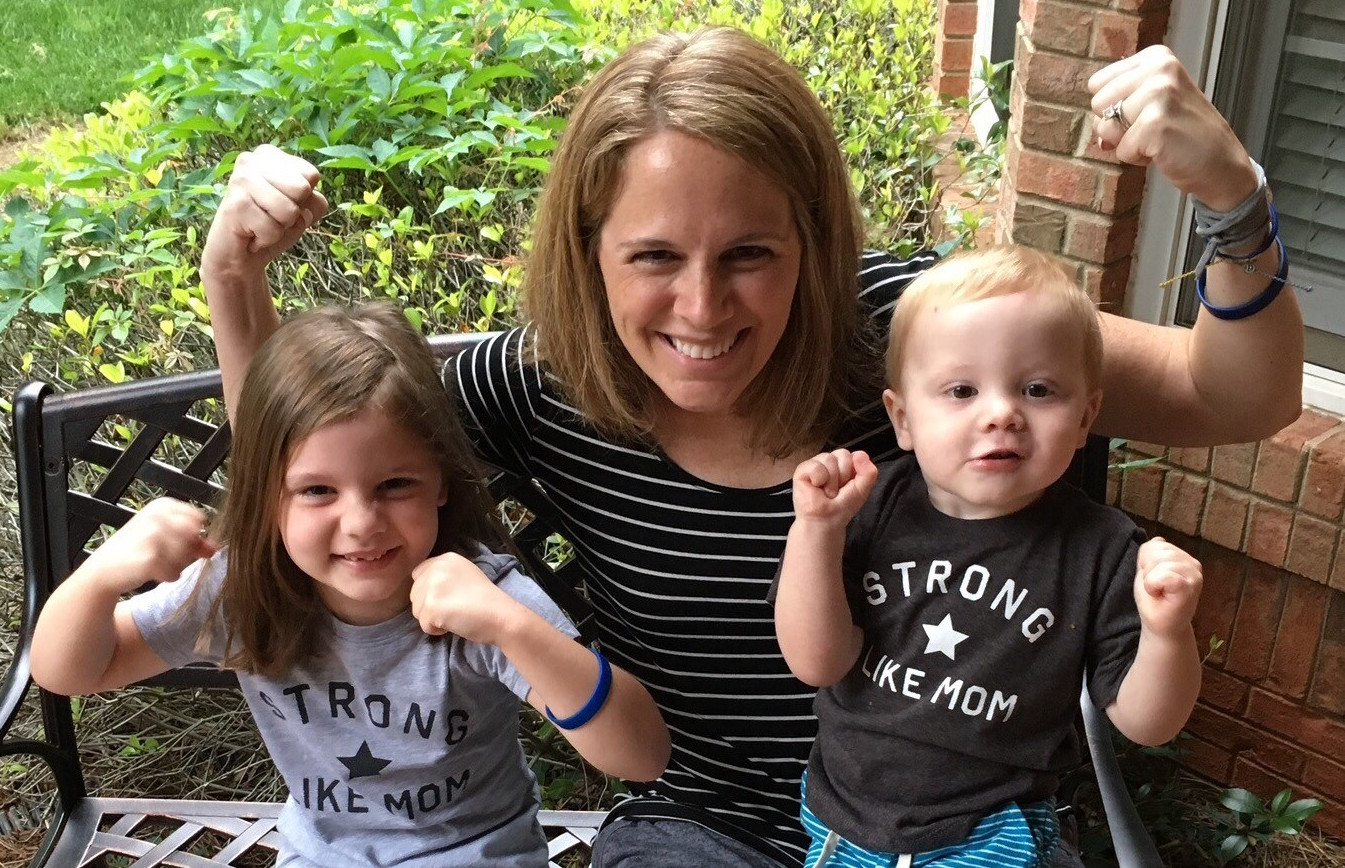 I had just turned 37 when I finally went to the doctor. My only symptom that had been annoying me for three months was an 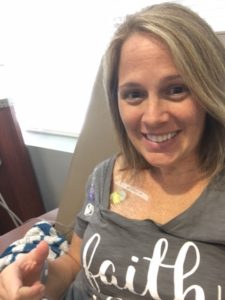 “urgency to go” more frequently throughout the day, which was abnormal for me. I worked full time, had an 18-month-old and a 5-year-old, and had moved into a new house a few months prior. I thought for sure it was stress and that it would go away eventually.

When it finally didn’t, I went to my primary care doctor, who was puzzled and ran a ton of tests. I found myself hoping for a parasite or celiac disease; even Crohn’s disease. When all blood work came back normal, it was time for a colonoscopy. I knew colon cancer was a possibility, as a good friend of mine had lost her sister to it a few years prior, but I was still not prepared to hear my gastroenterologist say, “We found a large mass in your colon. I couldn’t finish the colonoscopy. You’ll need to have surgery regardless, so I’m referring you to a surgeon and putting a rush on your pathology results.”

I don’t remember much of the next few days, but I will never forget my surgeon’s voice as he confirmed my worst nightmare: colon cancer. It was March 7, 2017, and it still feels surreal.

The next 48 hours were the hardest of my life; keeping it together in front of the kiddos, yet being absolutely terrified that it could have spread somewhere else in my body. I worked out almost every day and was in great shape; I was totally healthy, otherwise. It was insane. Thankfully, it had not spread to any other organs, and I had surgery two weeks later to remove the tumor and surrounding area of colon. My surgeon found another smaller tumor; and of 28 lymph nodes, one was affected. That stupid little node bought me six months of chemotherapy and a devastation that it was not over as quickly as I’d hoped; I was stage IIIB. 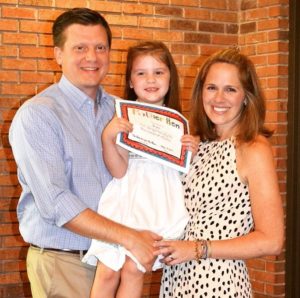 I completed 12 rounds of FOLFOX, worked almost full time (except on the days I couldn’t), and did my best to enjoy the summer with my family. We were blown away by the love and support of friends and family. We have never felt so loved and thankful. I finished chemo on October 4, 2017, and had a completion colonoscopy on November 13th, when I was declared cancer free.

My story is a little unique in that during my treatment, I went through the full panel genetic testing and was tested for all 42 known cancer-causing genes. I was at work when the genetic counselor asked me if I could go somewhere private because she had some bad news to share. I tested positive for the BRCA1 gene. My immediate family also completed testing and we discovered that both my father and sister also carry the gene. As far as we know, it was totally unrelated. Having colon cancer at the somewhat uncommon age of 37 likely saved my life.

I am now a survivor; and a closely watched one at that. I am a frequent visitor at the oncologist’s office, and my team has grown 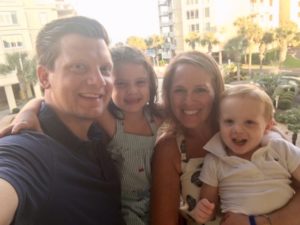 with new specialists as I monitor both breast and ovarian cancers now. I recently had preventative surgeries to minimize those risks, and I have made major lifestyle changes to hopefully prevent any recurrence. Living in fear of cancer is a hard normal for me these days, but it also gives me such amazing perspective. Every single day is a gift and in many ways, cancer has changed my life for the best.

To me, Get Your Rear in Gear means to put your health first. I know so many of us young parents are too busy for physicals, or even sick visits when we are not feeling our best. We need to listen and pay attention to our bodies!