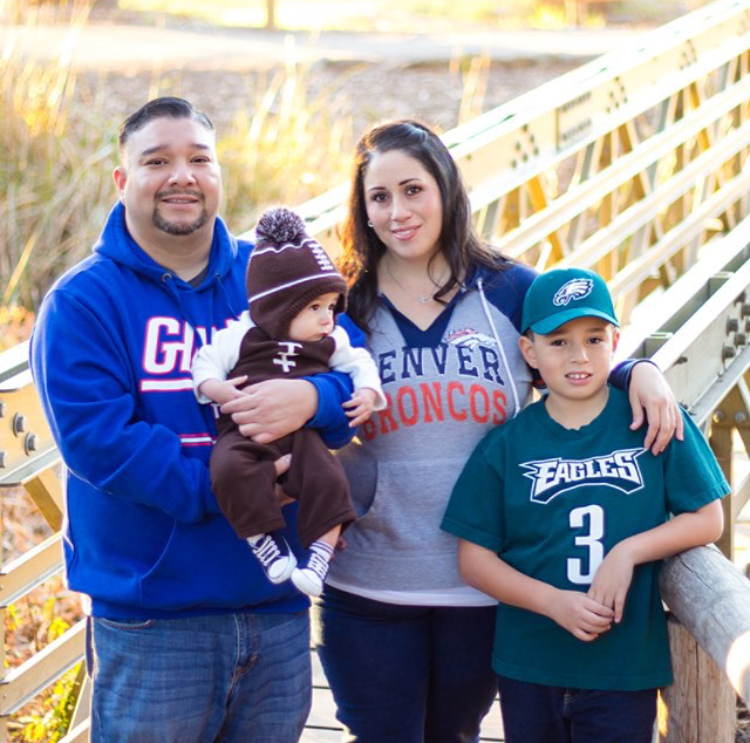 At the ending of 2011, my husband Carlos, who was 32 at the time, was diagnosed with stage IIIa rectal cancer. In 2012, after enduring surgery, chemotherapy and radiation therapy, he was officially in remission.

We were so excited, because after the past five years of rebuilding our life, having another child who we refer to as our “Life After Cancer” baby, 2017 would have been the year that my husband would have reached his 5-year remission cancerversary. I was in the beginning stages of planning the biggest surprise party to celebrate his wonderful achievement, but sometimes life does not always go as planned.

My husband made it a point to call me everyday during the week to make sure my workday was going well. I knew the minute I received his call that something was not right. This was not going to be his average “Hey, how is work going?” phone call. My husband managed to spit out the words, “nodule on lung.” I immediately froze, and in a matter of seconds fear had settled in. What would have been his last routine (every 6 months) scan turned into a new set of issues. The scan revealed that the two nodules that were detected over a year ago with no growth or activity managed to double in size from his last scan, which was within a 6-month period. We were immediately referred to a cardiothoracic surgeon and set up with a handful of appointments.

The good news: the nodules were localized and surgery would more than likely be suffice. The bad news: a chunk of his lung would be sacrificed in the process. Everything happened so suddenly we did not have time to process our feelings. A couple of weeks later, my husband went into a 4-hour surgery and the nodules were successfully removed along with a good enough circumference around the nodules that chemotherapy and radiation therapy were not necessary. We were so happy and relieved that we forgot all about our initial fear.

Fast forward two months later when my husband endured his after-surgery scan to make sure everything was healing appropriately. We were immediately contacted by his oncologist who wanted to schedule an appointment for the next day. These types of rushed appointments are never good news, but we still managed to remain positive. The minute my husband’s oncologist entered the exam room, we immediately knew something was wrong. We have known Dr. Chan for five years now, and his face said it all. The after surgery scan showed two new nodules had appeared on the same side of his lung where the original nodules were and they were growing at an increasing rate which confirmed our biggest fear; the cancer was back. After further testing, it was discovered that the nodules found on my husband’s lungs were a mutation from the original rectal cancer he was diagnosed with back in 2011. Due to this, my husband was diagnosed with stage IV rectal cancer. We were in shock. I looked over to my husband who refused to look at me at that exact moment and my body physically began to hurt. The pain affected every inch of my body.

Dr. Chan was amazing and provided us with hope and support. He provided my husband with options and encouraged him to get a second opinion on treatment options if he was not satisfied with his current options. My husband works at UCLA in nuclear medicine so he was able to get opinions from qualified physicians in regards to his treatment options. My husband’s chances were extremely slim in beating this and as much as we felt we were prepared, no one could possibly be prepared for such a huge fight. My husband opted for chemotherapy via a chemo port and endured 12 cycles of chemotherapy every other week, which included a PICC line attached to a chemo pump every other week for three days straight for a total of six months. At the same time, my husband’s immune system was being completely wiped out at the peak of flu season, and due to the 5-FU treatment, my husband’s baby smooth skin was suffering from it’s harsh side effect of acne-like rash. The treatment was harsh and there were many days where my husband was unable to eat, and vomiting became a normal routine of his. Sacrifice played a role in our daily routines, but the determination and strength my husband has shines on to this day. I remember questioning again, how did we end up in this situation? This was supposed to be our year! My two boys immediately came to mind and in the blink of an eye, I was dealing with a new level of fear. My boys and let alone my husband, did not deserve this. How was I going to tell my 11-year-old that once again his dad has cancer and this time he may not survive? Am I ready to become a widow; a single mother? Depression and anger set in for a brief period of time and every day was a struggle to make it through the day. To see the person you love, the father of your kids who was so strong, be so vulnerable, it was absolutely heartbreaking. My husband and I had many breaking points; my husband more than me. There were many times where we wanted to give up on this fight and on each other, but we didn’t. Then there were those times where we didn’t want to be out of each other’s sight and we wanted our two boys constantly with us. I truly feel these are normal emotions that one feels when faced with such a harsh diagnosis. Even though we had an awesome support system from family and friends, it just seemed as if nothing was comforting for us in the beginning. Holding in tears so that my son wouldn’t be worried was torture for us as parents. Every day we tackled the day by seconds, minutes, then hours. Little by little, the days got easier for my husband and finally after six months of harsh therapy, my husband was finally back in remission!

Through every emotion, every bad day, every good day, every doubt, the one thing that kept myself, my husband, and my 11-year-old going was our “Life After Cancer” baby. We failed to realize through my husband’s treatment that life after cancer does exist and we were all proof of it. This experience has humbled us in ways unimaginable and it has created a new spark of love for the life we have lived and continue to live. It has taught us to truly appreciate every second of life and make it as beautiful as possible with the ones you truly love and care for.

Editor’s note: This is an update to a previous Faces of Blue story Linda wrote back in 2014. To read the original, click here. 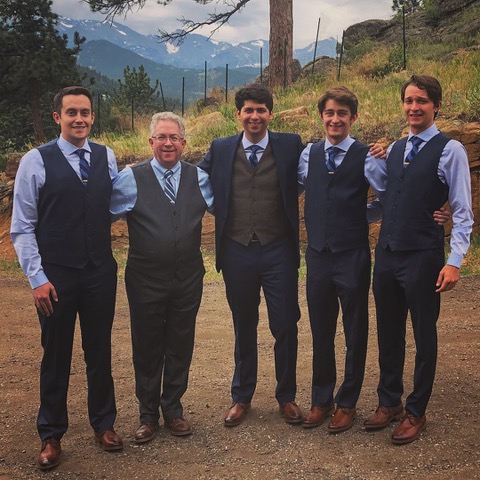