By Katie CarterMarch 5, 2020Faces of Blue 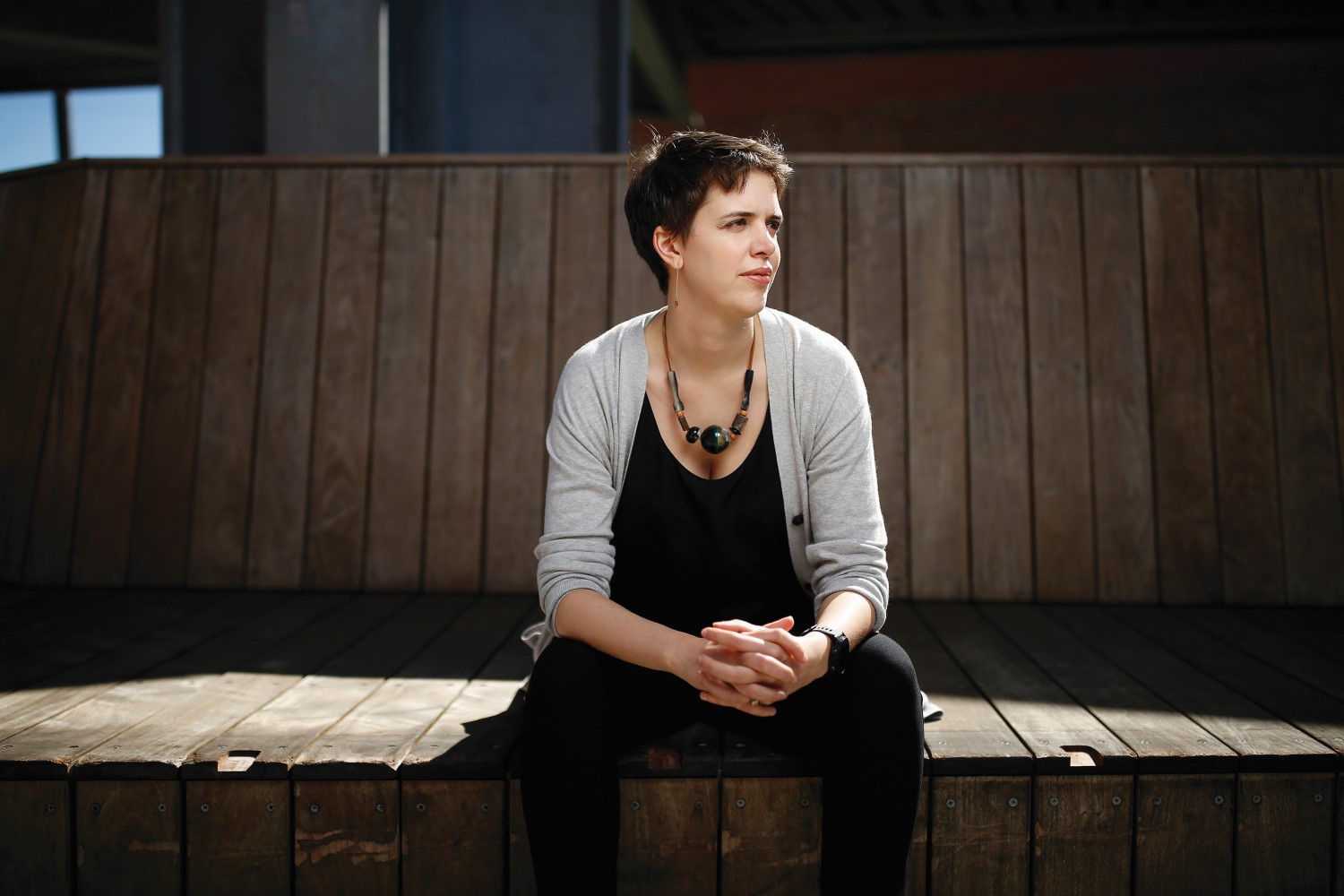 Brooks Bell started her digital optimization and data analytics company Brooks Bell, Inc. in the early 2000s. By 2018, her business was a leader in the industry of digital marketing, her staff had grown to 50 employees and her lifestyle was steeped in business travel cultivating major market client relationships.

I was 35 years old and I thinking, ‘you know, I just want to be really healthy’… my business was going well and I was in a position where I had  some funds to put toward prevention.

So, Brooks worked with a naturopath, implementing a multi-prong approach to a lifestyle with the intention of prevention.  While navigating the many roads in the land of prevention, she considered options for cancer detection. She wished for test that could predict cancer, sound a warning.

She had accompanied her husband to colonoscopy appointments several times, never realizing the test was the test she’d dreamed of. It never occurred to her until she found herself in the midst of colon cancer and hyper-aware of the survival power accompanied with early detection.

In October, shortly after she’d committed to a life of prevention, while on one of her many work trips, something startled her in the hotel bathroom. Tissue that resembled the skin of a tomato in the stool.  But she hadn’t eaten tomatoes.

It wasn’t obviously blood. It wasn’t bright red, but it was red and it was integrated and that’s what was so confusing about it.

Brooks was not one to take health for granted.  At 24, she survived something few of her age bracket ever experience – a stroke.  Her nature was to heed the warning signs of physical ailments.

She knew, deep down, though she felt no pain, something was amiss.  She phoned a teledoc immediately with concern. Once she revealed her prescription of a blood thinner because of a stroke several years prior, the  teledoc determined the “tomato skin” was from hemorrhoids, internal hemorrhoids that wouldn’t be painful. She was more susceptible to hemorrhoids because of the blood thinner.  Brooks was grateful for the peace of mind and the symptoms went away. But reappeared a week later. By early December, the symptoms had continued, intermittently.

Committed to getting to the bottom of her health mystery, Brooks met with a primary care physician who admitted her symptoms were not typical for hemorrhoids, but diagnosed her issue as hemorrhoids nonetheless.

Remember, Brooks Bell owns a company built on analytical testing and outcomes.  It was obvious to her that the evidence of her two symptoms did not align with hemorrhoids, so it made no sense to her  that the outcome of those symptoms would be hemorrhoids. Frustrated, Brooks reached out to her husband’s gastroenterologist for a third opinion.  Here, finally, her symptoms would be given the gravity they required.

I showed up for my appointment and the lady at the front desk asked if I’d been referred. I said no.  She said ‘you’ll probably be charged for this appointment. It may cost you $200. She chose to pay for the appointment anyway, and it was a decision that changed her life.

The gastroenterologist was the first person who took my symptoms seriously. She said I was not too young for colon cancer and we needed to rule it out. I got a colonoscopy on January 4th.  I found out January 7th they had found a tumor, and the tumor was the cause of the bleeding. I knew that my life had changed forever, that it was never going to be the same.

It was the beginning of the weekend when Brooks and her husband came home in shock.  The doctor indicated they detected the cancer early and the tumor seemed small, but nothing could be confirmed until a CT scan could determine details. Their lives flashed in front of them.

We immediately began our planning, considering what to do as a result of the diagnosis. But what was scary or troubling was we really couldn’t do any planning…If I’m stage I it’s going to be totally different than if I’m a stage IV.  I decided that I step down [from the company] to focus on healing no matter what the stage, but everything else, including my mortality, would be dramatically altered when they had more information. Waiting was excruciating. Thankfully, A CT scan the following week determined that she wasn’t stage IV.  It hadn’t spread to any other organs.  We were euphoric about that.

A few weeks later, colon resection surgery removed the cancerous lymph nodes along with  ten inches of colon on either side of the affected area. Her tumor was two and a half centimeters and had gotten into two lymph nodes. She was staged at IIIa.

Radiation was not necessary, but 3 months of chemotherapy was.  Recovery from her surgery took one month but not one to rest long, she walked in a 5K, Get Your Rear in Gear – Raleigh, three weeks later. She began chemotherapy shortly thereafter, and completed it in June 2019.

Chemotherapy was hard, but I was grateful that it wasn’t harder than it was. I was extremely weak, queasy and sensitive. I rarely had the energy to venture far from my couch. But I kept my hair, and I spent hours learning about colon cancer, risks and ways to prevent it.

Brooks made significant changes in her life upon her diagnosis over one year ago.  She stepped away from her role as CEO of Brooks Bell, Inc, though it still bears her name, and she’s focused her energy and skills toward creating a more intentional, mission-based existence than she ever imagined. Physically, she’s pushing herself by training for a triathlon in May 2020.  Professionally, she’s using her skills to inspire positive change.

Getting cancer has been absolutely life changing. In many ways, it’s been for the good…having your life be at real risk helps you re-evaluate what’s truly important to you in a very real way.  I appreciate having this chance to adjust perspective and rethink how I want to spend my life. She’s launched an awareness campaign called “Check Out My Ass” as well as a “50 Colonoscopies Under 50” initiative.  Aware of the power of early detection, she’s intent on destigmatizing colonoscopies and encouraging people younger than 50 to get them.

…It’s been interesting to spend a year becoming an expert on a new thing, looking at all the underlying data … and really trying to understand the core assumptions that we have about this… And I think people don’t really talk about it because it’s a little embarrassing… anything that has to do with your rear end…

Could even the most sophisticated data analyst have detected the outlying variable that the shocking stroke Brooks survived when she was 24 could ultimately have  positively impacted her survival rate at age 38? The blood thinners she’d been prescribed more than likely inspired the bleeding around her tumor earlier than had she not been on the blood thinner at all.  Her stroke possibly saved her life. One thing is for sure.  Data proves that colonoscopies detect opportunities for cancer growth.  Brooks Bell is all about data. She is cancer free because of early detection and she’s on a mission to spread that information and save lives.

People don’t realize how deadly it is.  And it’s shocking that it’s such a common cancer. The  third most common cancer. More people die from colon cancer than breast or prostate cancer.  Colorectal cancer has risen 50% in people under the age of 50 in the last 30 years. I am passionate about re-positioning colonoscopies as an appropriate thing for younger people. 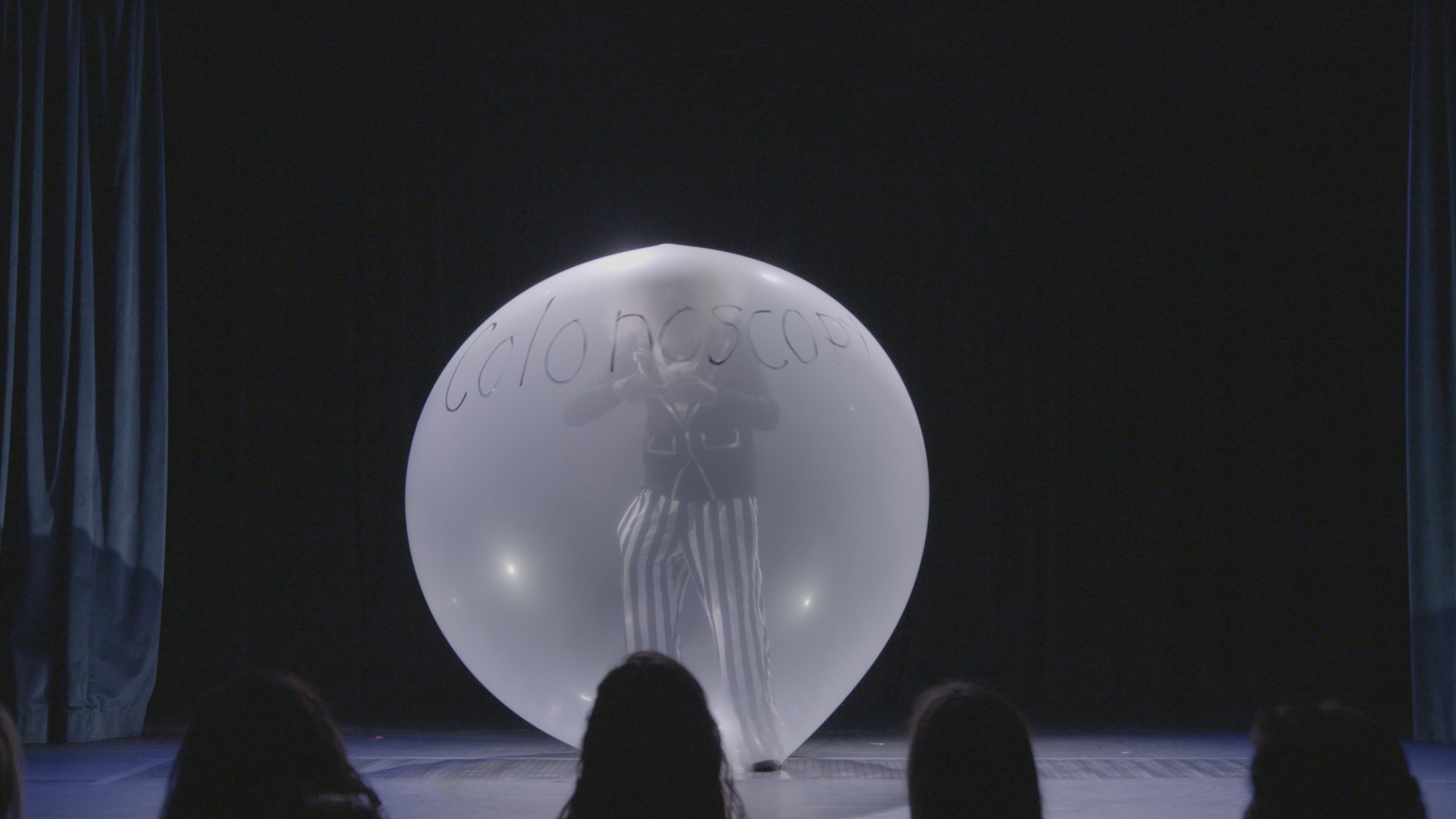